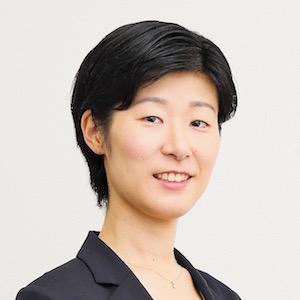 Mihoko Matsubara is Chief Security Officer for Japan at Palo Alto Networks. In this role, she is responsible for developing thought leadership, threat intelligence and security best practices for the cyber security community and business executives in Japan.

Prior to this, she served the Japanese Ministry of Defense for nine years until she received the Fulbright Scholarship to pursue her MA in International Relations and Economics at the Johns Hopkins School of Advanced International Studies in Washington DC.

She has had various publications and speakerengagements. Her most recent publications include “Countering Cyber-Espionage and Sabotage: The Next Steps for Japanese-UK Cyber-security Co-operation” from the RUSI Journal, and “Japan’s New Cybersecurity Strategy: Security Without Thwarting Economic Growth” from the Council on Foreign Relations’ blog.

She is the first Japanese speaker (2015) at the NATO International Conference on Cyber Conflict in Estonia.

Why a Risk-Based Cybersecurity Strategy is the Way to Go

Making Cybersecurity the Smart Investment in an Era of Economic Uncertainty